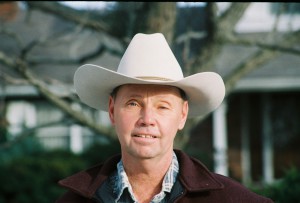 Roger DeWitt grew up on a farm in south central Illinois where his family roots run as deep as the native prairie grass he loves.  Becoming an artist was not a dream that presented itself until Roger was well into mid life.  With a degree in Agronomy and a farm to tend, art started merely as a hobby — squeezing in a painting here or a drawing there only as precious time permitted. Somewhere back in the mid eighties the seed was planted; and although it grew slowly at first, his career as an artist is now beginning to flourish.

Roger has won numerous awards in local and regional art shows — painting in oil and drawing with graphite pencils.  He renders what he knows best and feels most passionately about — the disappearing culture of the rural Midwest and small family farm life.  His work is straight from the heart, with an honesty and directness unencumbered by any formal art education or technical training.  His work hangs in corporate offices, galleries and private collections throughout the Midwest.  His work was been featured in the Illinois State Museum, Prairie Art Alliance, and the Illinois Department of Transportation Museum, Springfield, Illinois. It has also appeared many times on regional and national publications. Roger lives with his wife, Vicki, of 42 years, on their farm near Gillespie Illinois where he paints and maintains a small herd of retired American Paint broodmares, a couple of riding horses and raises a couple of foals.